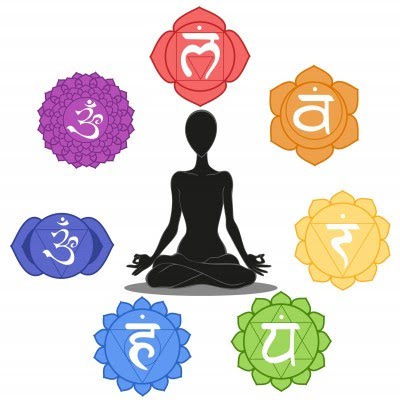 Chakra is a Sanskrit word, and it means "wheel" or "vortex" because that's what it looks like when we look at it. Each chakra is like a solid ball of energy interpenetrating the physical body, in the same way that a magnetic field can interpenetrate the physical body. The chakras are not physical. They are aspects of consciousness in the same way that the auras are aspects of consciousness.

The chakras are more dense than the auras, but not as dense as the physical body, but they interact with the physical body through two major vehicles, the endocrine system and the nervous system.

Copyright © Agate Cambay. All rights are reserved.
CONNECT WITH US